So, I went to a bar last night.

The bar, Atwood’s Tavern in Cambridge, was really small, and we were able to sit next to the stage. No, that’s a lie. We were practically on the stage. Look at this:

The band performed two sets, a longer first one starting at around 9:30, and another at about 10:30. They sang songs from their self-titled EP, as well as ones from their upcoming album. There were also a few covers, like one from The Rolling Stones, a country song, and of course some Matchbox Twenty. Here are some of my pictures from the set. 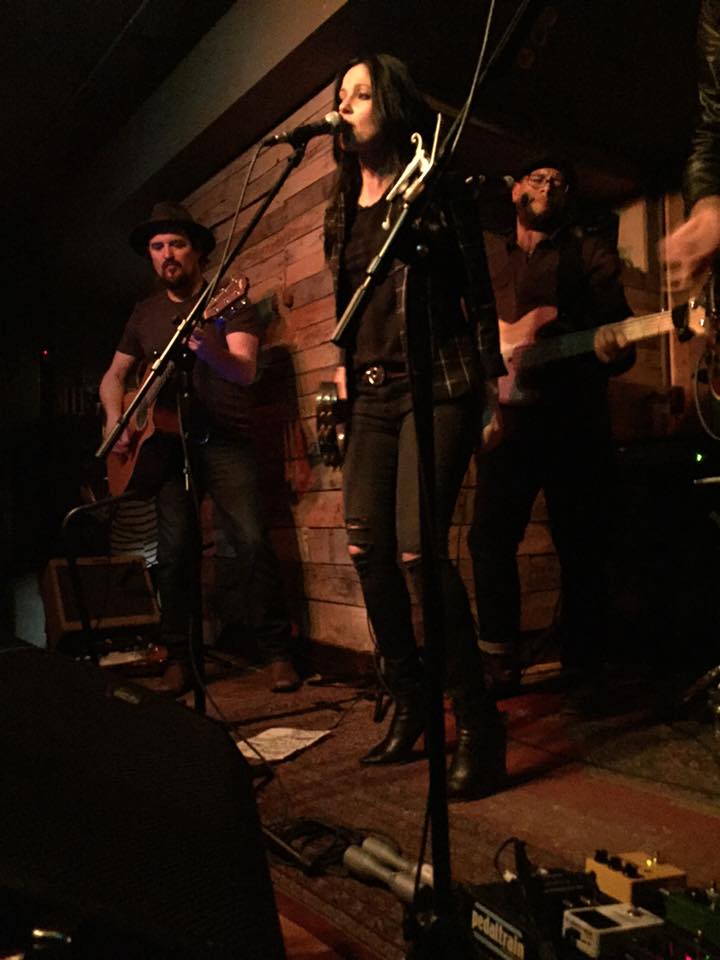 In between the sets, I purchased their LP (because they had an actual vinyl!) and had Kyle and Sheila Marshall, the other singer, sign it. We chatted with them for a while, and it was so much fun! I talked to Kyle for a good ten minutes about college and music journalism, and I told him about this blog. He said he would check it out (which he did retweet and follow me on Twitter, so that’s cool).

So if you’re reading this, HEY KYLE! 🙂

Last night reminded me of how much I love concerts and how glad I am to be pursuing a career in journalism. I can’t wait to do this for the rest of my life.

The band was great, the food was yummy, and I loved it. Check out Rivers & Rust on Spotify or you can find them on their website. I promise, you won’t regret it!